ALLAPATTAH, FLA. – Hurricane Irma impacted South Florida at a time when Miami is struggling with a lack of affordable housing and the gentrification of areas west of the Wynwood neighborhood.

The Civic Towers, two 17-story buildings with 196 units, provided government subsidized housing in Miami's Allapattah neighborhood. The City of Miami authorities deemed the property unsafe and now there is a tent city outside.

"We are dropping off food for them," said Maryann Salas with the Red Cross.

The Miami Workers Center, a nonprofit organization founded in 1999 to help low-income communities, donated the tents. Some families were sleeping in their cars and outside in the parking lot at 1855 NW 15th Ave., near Jackson Memorial Hospital.

The Tennessee-based Global Ministries Foundation sold the Section 8 Housing development to the California-based Redwood Housing Partners for $25 million in February. It was a good deal for the Evangelical church. They bought it for $15.6 million in 2011.

Redwood Housing Partners started a renovation. The towers, near the Marlins  were built in 1982. The City of Miami put a permit hold when they didn't pay fees. The city lifted the hold after they paid $170,000 in permit fees.

"Each month, they would tell us, 'Get ready! You are leaving'," Adolfo Diaz said.

Hurricane Irma prompted them to evacuate the federally subsidized project. Diaz and others spent 10 days sleeping in the parking lot until police officers ordered them to leave. Redwood Housing Partners reported proving 80 with hotel rooms.

Marcos Maceo is hoping the Federal Emergency Management Agency will step in, but whatever aid they will provide is temporary. For now, he will be sleeping in one of the tents the nonprofit donated and use one of the three public toilets the city provided.

"FEMA is going to give us an apartment," Maceo said.

Photos from the city inspector's report on Civic Towers: 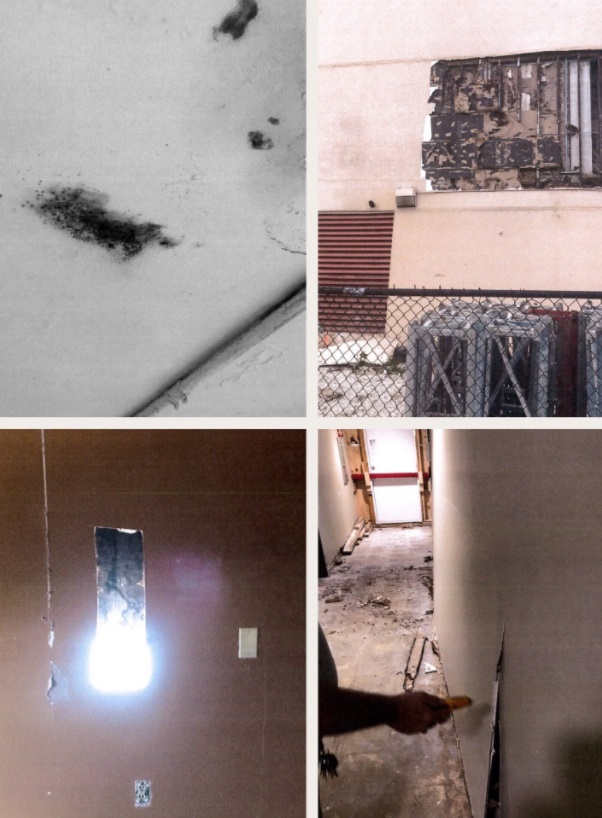