$50,000 reward offered for information about armed robbery of letter carrier

Nonprofit, no-kill shelter needs public’s help as they continue to save homeless animals

Edgar Ramirez, a Venezuelan actor and former journalist who was protesting in New York City, was in tears after the announcement. Ramirez was nominated for a Golden Globe and an Emmy Award for best actor.

"From every corner in Venezuela and from every corner around the world where there is a Venezuelan, we have to shout univocally and with all of the strength of our lung our right to live in freedom," Ramirez said to a cheering crowd.

Venezuelan opponents of President Nicolas Maduro's administration were celebrating on social media worldwide Guaido's announcement. The cheers in front of a large crowd of protesters on Francisco de Miranda Avenue in Caracas echoed in cities like Miami, Los Angeles and New York where Venezuelan migrants were out showing their support.

Guaido said  that he was relying on the Venezuelan constitution, God, the people of Venezuela and the members of the National Assembly to take the presidency.  Meanwhile, the Venezuela Supreme Court's loyalist justices issued an opinion in response saying prosecutors needed to charge the members of the National Assembly for the "alleged usurpation of powers and for modifying the form of State and government."

Shortly after Trump's announcement, Carlos Paparoni, a 30-year-old Venezuelan politician and member of parliament, tweeted Guaido, 35, was not hiding in any embassy.

"There is no fear here," Paparoni wrote in Spanish. "Now receiving calls from the democratic governments of the region who are expressing their support and recognition."

Colombia President Ivan Duque said his nation would accompany Guaido "in this process of transition toward democracy."

Brazilian President Jair Bolsonaro also said that he would support the 35-year-old lawmaker "so that peace and democracy return to Venezuela." 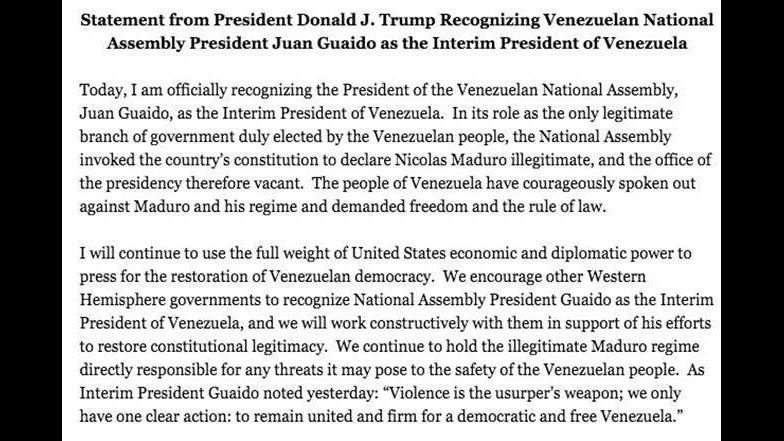 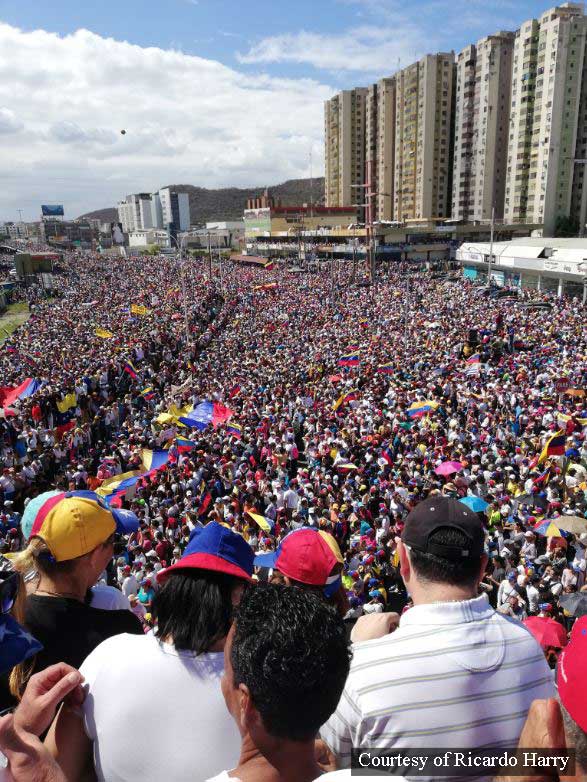