Campus guards are still at work, protecting empty schools. Some don’t want to be.

Gov. Ron DeSantis tells all of Florida to stay at home

"There was heavy fire, heavy smoke," Division Chief David Rodriguez said. "It was in between a row of houses and a row of apartments."

Firefighters said five of the eight units are a total loss. Fire Rescue personnel took one person, who lives in a neighboring home, to a nearby hospital as a precaution.

The building was evacuated. Andres Mendez, an emergency medical technician trainee, is being hailed a hero for saving a dog named Loffee.

"I thank God that one of the neighbors told us that there was a dog trapped inside the house and I took him out, put the oxygen on him," Mendez said. "It's a good experience."

Loffee is a companion to Danny Barrios, who was overwhelmed with gratitude, when he realized Loffee had survived the fire.

"They told me about the fire and all I could think about was my dog," Barrios said in tears. "I couldn't think about anything else ... I feel like this is the best that could come out of a situation like this where there was no loss of people and no loss of pets."

The cause of the fire remains under investigation. 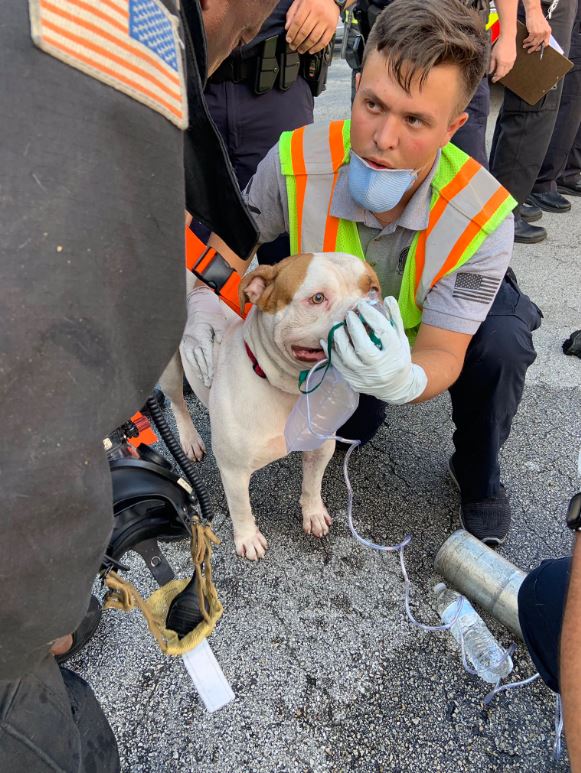 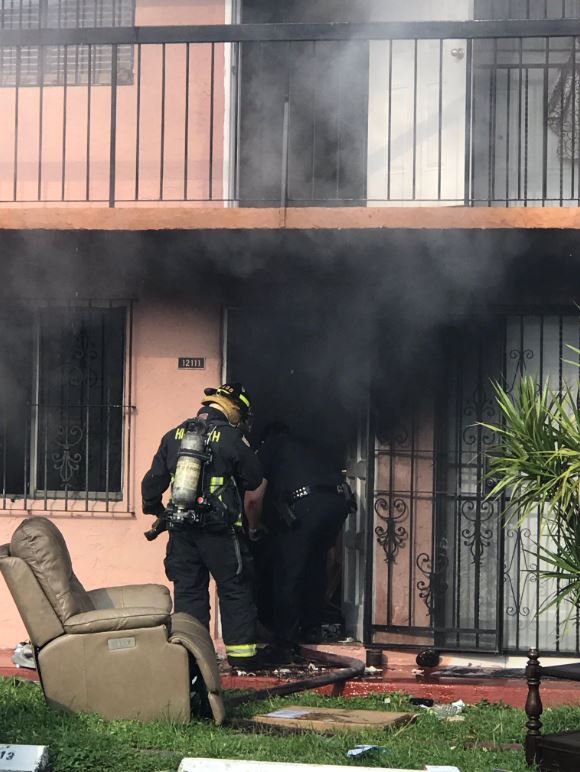