South Florida law enforcement ready to catch up with reckless ‘Wheels Up, Guns Down’ riders

Woman manages to recover her Miami home after invasion by squatters

LEISURE CITY, Fla. – A little more than a month after prosecutors cleared him in a shooting involving a man with mental health issues, Miami-Dade Police Department Officer Ronald Neubauer was linked to another police-involved shooting. This time it involved a troubled teenager.

On Thanksgiving, the 26-year distinguished veteran was among a group of police officers who responded to a 3-bedroom home at 30120 SW 146 Ave., in Leisure City, near Homestead. Neighbors and relatives said a retired social worker was running a foster home.

Lee and Crystal Bradshaw, the owners of the home, needed the help of police officers when their newest arrival to the home, a 15-year-old boy, turned violent and refused to take his medication, police said. Lee Young said the boy was already known in the neighborhood.

"He only talk about this gangster stuff," Young said. "I would be trying to tell him to go to school, and play football and stuff like that."

After the struggle and the shooting at the home in Leisure City, Neubauer, 55, was suspended with pay pending an investigation for the second time this year. Last year, South District Major Samuel Bronson gave Neubauer his 25 Years of Service award, the police department tweeted.

In March, Neubauer was one of two officers involved in the shooting that left 29-year-old Jahmal Parker wounded on U.S. Highway 1 near the Florida Keys. After hitting a few cars and crashing his minivan through a fence and into murky water, Parker had blood on his clothes.

The good Samaritans who rescued him said he fled the scene of the crash. Neubauer was among the officers who responded to help The Florida Fish and Wildlife Conservation Commission officers to deal with Parker.

Parker, of Pompano Beach, answered police officer's questions, but when Miami-Dade Fire Rescue personnel tried to check if he was injured, he refused to be touched. Neubauer raised his voice and threatened Parker. 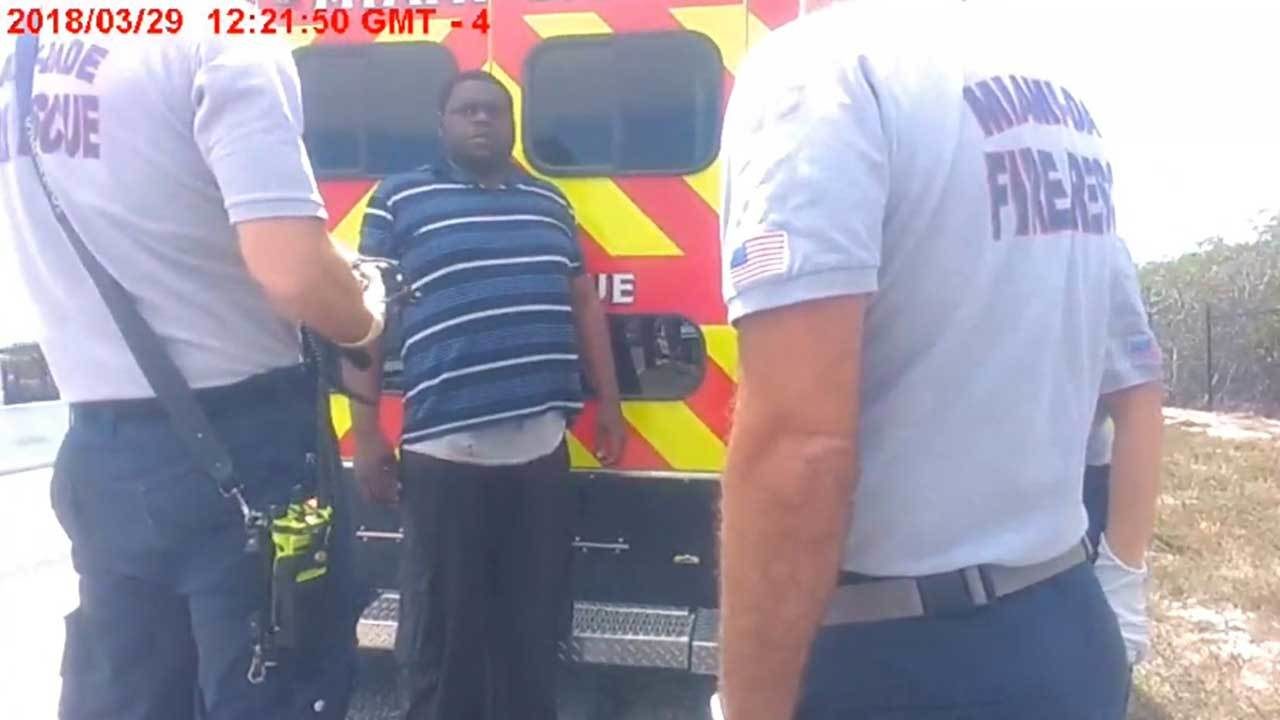 Body cam video shows Parker standing between Neubauer and Officer Richard Bellon, who stood closer. Parker suddenly turned, grabbed Bellon's Taser and pointed it at Neubauer, who put his Taser away and pulled out his firearm. Both officers fired their weapons. He was airlifted to the hospital.

Parker's mother said her son was diagnosed with schizophrenia, and he had been complaining about hearing voices, but he didn't have access to mental health care. Prosecutors charged Parker with resisting arrest with violence, aggravated assault with a deadly weapon and depriving an officer of equipment.

Prosecutors later announced Oct. 2 that they had determined the officers' decision to shoot Parker was justified.

Soon after Neubauer returned to work, he responded to a call about a violent 15-year-old boy in foster care. The boy was recovering from the gunshot wound at Kendall Regional Medical Center on Friday. Authorities said he was in stable condition.